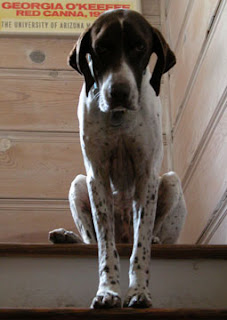 Whenever I begin to prepare his dinner, my dog Pongo is underfoot.

"He's making sure you stay focussed and get the job done on time," said my wife. "He's supervising you."

In other words, being in management does not guarantee that you are a higher order of being than the workers you supervise. The most talented managers realize this, and actively recruit people who have talents that they themselves may lack. This is because they are confident in their managerial talent, a constellation of abilities that involves intellect, psyche, and soul. There simply is no human activity more demanding and engrossing than managing well.

If these statements about management are true of ordinary enterprises, they are much more true of the Research and Development (R&D) enterprises known as the US National Laboratories. But the National Laboratories are under pressure. Los Alamos and Livermore, once supervised by the University of California under contract to the US Department of Energy, are now run by Limited Liability Corporations (LANS, LLC. and LINS, LLC., respectively). The idea (traceable to David Lee Hobson, Republican Congressman from Ohio) was that the National Labs would operate more cost effectively and with fewer security problems if they were supervised by real businesses.

The National Nuclear Security Agency (NNSA, a part of the US Department of Energy) was forced to put the contracts to manage the labs up for bid. I think the desire to minimize discontinuity and disruption to the labs and their workforce weighed in the NNSA's decisions to award the contracts to two consortia, both of which include major participation by the University of California.

The result: Since they are now run by private corporations, the National Labs incur about a half-billion dollars more in expenses that they did before - from additional taxes, costs of pension benefits, etc. It will take an awful lot of gains in efficiency to make up for that added burden. In particular, since the Labs are not getting any more funding than they did before (in fact their budgets are being cut), the labs have to make up for that shortfall by laying people off.

How many people? The lab budgets come from Congress by way of the Departments of Energy, Defense, and Homeland Security. Since Congress is always slow in passing a budget, the lab managers never know how much funding they are going to have until well past the beginning of the fiscal year. This means that when they have a shortfall, they have less time to make it up, and therefore the more extensive the layoffs.

I'd like to see Congress run like a business. Deliver a balanced budget, on time, every year. Maybe they need better supervision. Maybe I should sic Pongo on them.