A Statement on Clergy Abuse

Once is one time too many.

When James B. Nelson wrote Embodiment: An Approach to Sexuality and Christian Theology, he did not imagine the current crisis regarding sexual and emotional abuse of parishoners (expecially children and teens) by ordained clergy and other representatives of the Church. Such abuse betrays a person's basic trust — in God, in the Clergy and the Church, in the world, in humanity, and even in the person's own self. This basic trust is essential for the development both of Love and of Faith.

Thus, the abuser destroys what he or she is specifically called to build — a person's relationship with God. And the abuser selects his or her targets for virtues that can be exploited into vulnerabilities.

Consider the case of a young person who can be trusted to sacrifice his or her own well-being rather than harm another. That's the kind of virtue you'd look for in a firefighter, a doctor, or a priest. But it is also the kind of virtue that an abuser exploits in order to keep from being caught. Trustworthy people are so because they value trust so highly — hence it hurts them all the more when they are betrayed. And our society colludes by creating a culture of subversion in which the breaking of a vow or a promise seems to have no consequences, as long as the one doing it espouses the proper ideology.
No comments:

A Bankruptcy of Bishops

by Vinnie Nauheimer
clergy abuse survivor
Once again with a great deal of aplomb,
One more bishop drops the bankruptcy bomb.
The way they're tearing survivors apart,
Devoid of humanity, they have no heart

Bishops like them, with hearts so callous,
Shouldn't be allowed to touch a chalice.
They know nothing of the miracle of the manger,
Rather they fit the bill of a moneychanger.

Bishops call for a separate church and state!
But when it's convenient, how quickly they mate!
Lewd and shrewd, they throw out the bait.
A legal maneuver to make victims wait.

Not having anything to do with Christ.
Plain and simple, it's a financial heist,
Getting the laity to wring their hands,
And curse survivors for legitimate demands.

At the last judgment they will stand
Thinking themselves all that is grand.
Helping themselves to the milk and honey;
So proud they saved God all that money.

Are Catholic bishops setting an example?
Upon how many people did they trample?
When Jesus opens their cold hearts
In all that is evil, they'll see their parts.
No comments:

The Horror of Me

My head is filled with salted slugs,
silent little screams in their writhing and drowning.
The ooze of their suffering drains through my nose,
tears of pus burst forth the mourning.

My soul is a ripened mass grave,
whispering its secrets through my pores.
Flatulent and busting in decomposition,
a malignant symphony of sounds and odors.

I vomit a worm and it licks my face,
with lust and pustulated tongue.
I curse in the language of the dead,
it spits its venom of acidic dung.

My intestines are loaded with secrets of maggots,
painful explosions from me in legion.
Discussing their plans as they move to the darkness,
I run on fresh stumps to escape the dungeon.

My heart pumps blood that is black with hate,
the collared one squeezes my scrotum.
So hard it gives way with a sickening pop,
blinding pain gives way to the schism.

My eyes have fallen out of their sockets,
lashes blink on nerves exposed.
Repulsive tether balls hang on my cheeks,
gelatinous orbs rest on stubble transposed.

Turned on my stomach by the faceless hood,
sharp nails dig in to my skin.
My spine is pulled out I'm a meat suitcase,
dragged in the dirt of my tortured kin.

I've been dipped in the wax until I harden,
others are with me and set ablaze.
We've been nailed to trees in Nero’s garden,
bubbling and screaming we do amaze.

The Roman Empire has not died,
they persecute the little Christians.
To wear the collar is to serve Caesar,
promise of harm to reveal their intentions.

Look at the man they have created,
they've poisoned the child supernaturally.
The soul is dead and they don't give a shit,
Mind and Soul are the horror, the horror of me.
No comments: 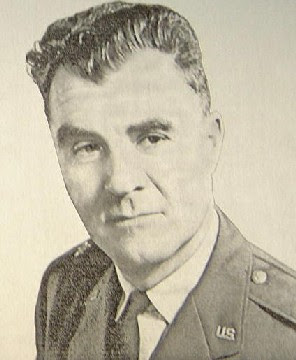 May God have mercy on you, Paul Tibbets. The same mercy I pray God shows to me when I am called to account for my life.
No comments: