In case you weren't watching, Wikileaks has obtained and released a large number of secret diplomatic messages from the US. Wikileaks is hosted in Sweden, and run by an Australian. Therefore, US law does not apply directly to them. But it does apply to the source(s) who leaked the documents to Wikileaks.

As a pre-condition for having one's US security clearance activated, one must sign several documents acknowledging one's having read and understood the legal penalties to which one may be subjected if one discloses classified information either (a) accidentally, or (b) knowingly and willingly. These penalties can be severe.

So, to the person(s) who stole the documents, one message. If they catch you and punish you, you can't say you didn't know it was coming.

For the rest of you, another message. It will probably surprise you to know that it is illegal under US law to classify a document without proper authority, as described in written classification guides. In particular, it is illegal to classify a document simply because its disclosure would cause embarrassment. This was enacted to correct abuses of the system of classification in the previous century.

So why does the US mark some information as classified, anyway? Information that is the property of the people is kept from the public domain (classified) in order to protect the people from harm. In other words, if you're an American, you are a co-owner of the US government, and all its information, classified or otherwise. It's just that, for example, you really don't want to know how to operate a nuclear weapon, because even though you would never use such knowledge, someone else, who wants to incinerate your town, just might.
No comments:

A friend alerted me to the small wonders of Creation. Have a look at Olympus Bioscapes, an international competition for beautiful images made with microscopes of living creatures.
No comments: 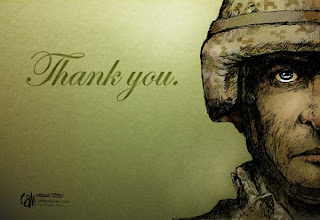 To all of you who have served, the living, the wounded, and the dead, thank you for your sacrifice on behalf of the rest of us. And to you returnees, welcome home. Peace be unto you.
No comments:

Email ThisBlogThis!Share to TwitterShare to FacebookShare to Pinterest
Labels: war and peace

Message to Republicans on the Eve of Your So-Called Victory

Tomorrow is election day, and I plan to vote largely Republican. I expect and hope that the Republicans will make some major gains. But I have a message for them.

Don't take whatever victory you get as a mandate. Almost all the independent voters and a good fraction of the registered Republicans hate your party and what is stands for, which is different from what it says it stands for. In fact, they hate you. It's just that the other party has over-reached (just the way you do when you get too much power) and needs to be stopped.

We who hate you are not opposed to health insurance reform. We actually want reform, and have wanted it for nearly two decades. It's just that the health insurance reform proposed by Hillary Clinton and Ira Magaziner needed to be stopped. I know, because I actually read the bill, which was only two-hundred odd pages. I opposed it, because it tried to even the playing field between the rich and the poor by outlawing fee-for-service medicine. That is, if Hillarycare had come to pass, you couldn't opt out of the system by privately paying a physician for services Hillarycare didn't cover. Or for services bought outside the system because the system provided poor services, as when I had to take my mother out of her home state to find a doctor who could diagnose that she had suffered a stroke, give us a prognosis, and recommend a rehabilitation regimen.

This time around, I haven't read the Obamacare bill. This monstrosity is between ten and twenty times longer than Hillarycare. It was written by a horde of unelected technocrats, and read by nobody, not even those who voted for it. It may be well-intended, but anything that long is bound to be full of unintended consequences (and special interest "gimmes"). But more importantly, it is a form of tyranny. Consider that in this Information Age, nearly everyone has access to the bill on the Internet. But making it so long and convoluted has the effect of keeping us out of the game. The door to the legislative chamber may be open, but we are getting impenetrable smoke blown in our faces.

So, Republicans, we who hate you want you to reform health insurance. But if you can't say what you mean in a hundred pages or less, you don't know what you want to say, and you are letting special interests do your writing for you, to the detriment, if not the peril, of us all. Just like your opposition.

And don't think you can get away with playing the Abortion card, any more than your opponents. That's becoming as passe as the Race card. You can wave either one. But we're no longer willing to let you waive on every other issue of our time.

Finally (for now) be clear on this. We want clean air and water, and we want to stop using petroleum for fuel. But we don't want to stop the engines of capitalism to achieve those things. We want smaller, more agile, more efficient, more accountable government. Which means stop the gerrymandering and hand back some power to the states. We want targeted action against Islamofascist terrorists, but not large-scale land maneuver warfare, because it costs too much to sustain. We want a minimal social safety net. It should be enough to keep a person alive, but if a person wants more than that, then he or she should work for it. And we want a country in which hard work and planning pay off.

This last point means you should resist that most tempting of all taxes - inflation. Inflation doesn't just tax income. Inflation taxes wealth. Maybe a person saved so that she can have some say in what her circumstances will be when she is old. If you try to inflate that away, or if you let your opposition do it, the rest of us may show up on your doorstep demanding some of your wealth to make up for what you stole from us.

So, if you Republicans win much tomorrow, don't crow about it. Shut up and get to work. Too many more canned platitudes and scripted talking points without any real change may just get your party split in time for 2012.
No comments:

Nukes and the Climate

The other day I went to another seminar on Uncertainty Quantification. This time, it was on the "UQ Pipeline," the software suite that runs the multi-physics simulation codes hundreds of times, mapping out the solution space and determining to which input parameters the codes are most sensitive, and how sensitive they are. This information then points the way to research that knocks down the uncertainty in those most sensitive parameters, so we can then have more confidence in the codes' predictions.

Except this time, the topic was not climate modeling. It was nuclear weapons modeling, which is what the UQ methodology was originally designed for. In other words, one of the most important aspects of global climate modeling is a spin-off of the nuclear weapons design program. In fact, the climate modeling program at my lab was itself started as a spin-off from the weapons program, when a number of weapons designers, code physicists and computer scientists left the older program to start up the newer one about 20 years ago.